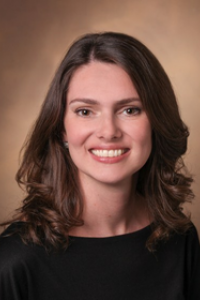 Rachelle Johnson, PhD, is an Assistant Professor of Medicine in the Division of Clinical Pharmacology within the Department of Medicine at Vanderbilt University Medical Center. Her research interest is in breast cancer cell dormancy in bone and the process by which quiescent tumor cells transition to proliferative, aggressive cells capable of inducing osteolytic bone destruction. She is also interested in the molecular mechanisms that promote tumor cell metastasis and dissemination to the bone marrow, particularly the role of the hypoxia inducible factor (HIF) and leukemia inhibitory factor (LIF) signaling pathways in this process.

Dr. Johnson’s current efforts are focused on establishing the mechanism by which extreme hypoxia induces tumor colonization of the bone marrow and identifying a dormancy signature for estrogen receptor positive breast cancer cells as they exit dormancy and colonize the bone, with the ultimate goal of identifying potential therapeutic targets for the prevention of tumor recurrence in the bone marrow. To achieve these aims Dr. Johnson utilizes in vitro techniques encompassing molecular and cell biology, RNA sequencing, and datamining of publicly available cancer patient databases (e.g. TCGA, ENCODE), as well as xenograft and transgenic mouse models.

Dr. Johnson has received numerous Young Investigator awards and fellowships from the leading national and international organizations in cancer and bone, including the John Haddad Award and Kaye Ibbertson Award and an NIH Pathway to Independence Award from the National Cancer Institute. She was previously elected to the International Bone and Mineral Society (IBMS) Young Investigator Committee and currently serves on the Board for the Cancer and Bone Society (CABS).

The Johnson laboratory focuses on breast cancer metastasis to bone and breast cancer dormancy in bone, with an emphasis on the signaling pathways that mediate these processes. Improvements in the clinical care of patients with primary breast cancer have dramatically increased patient survival rates over the past decade, yet many patients still develop distant metastases that are strongly associated with increased morbidity and mortality. Recurrence arises from disseminated tumor cells that have overcome their dormant state and proliferate at the site of metastasis. We wish to gain a better understanding of how these dormant cells, which reside in the bone marrow, exit dormancy. Our particular interest lies in the role of hypoxic (low oxygen) regulation of leukemia inhibitory factor (LIF) signaling in bone metastasis, since the bone marrow is a naturally hypoxic microenvironment, and the role of LIF and its receptor (LIFR) as a pro-dormancy signal via both autocrine and paracrine actions within the bone marrow.