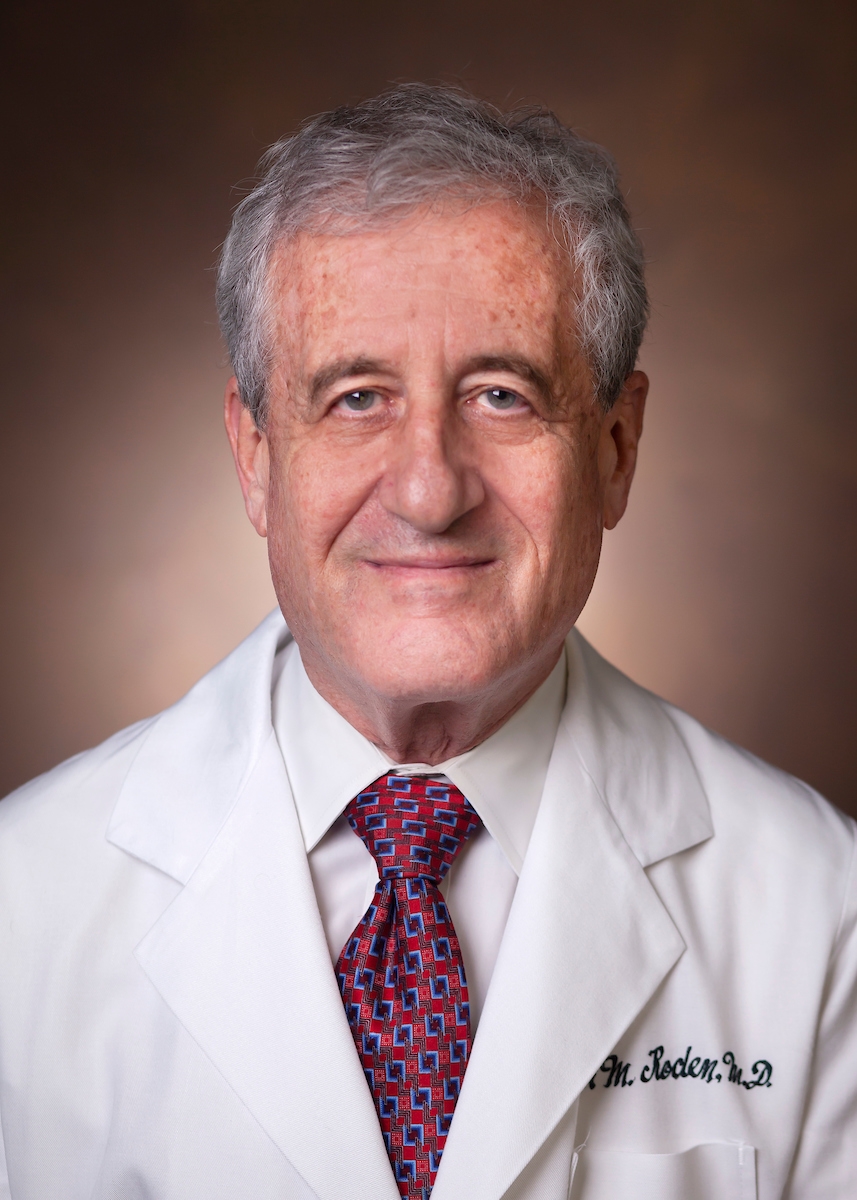 Dan Mark Roden, MD, is a Professor of Medicine in the Division of Clinical Pharmacology within the Department of Medicine at Vanderbilt University Medical Center. He is also the Director of the Oates Institute for Experimental Therapeutics and the Senior Vice President for Personalized Medicine. Dr. Roden received his medical degree from McGill University. After completing residency training in internal medicine in Montreal, he arrived at Vanderbilt as a research fellow in the Division of Clinical Pharmacology and later as a fellow in cardiology.

Since joining the Vanderbilt faculty in 1981, Dr. Roden has become internationally recognized for his studies of the mechanisms and treatment of abnormal heart rhythms and variability in drug response. One major interest has been pharmacogenomics — and especially the role genetic variations play in adverse drug reactions such as drug-induced arrhythmias. He directed the Division of Clinical Pharmacology from 1992 to 2004 when he became founding director of the Oates Institute for Experimental Therapeutics.

A fellow of the American Association for the Advancement of Science, Dr. Roden is professor of Medicine, Biomedical Informatics and Pharmacology and the author of more than 700 peer-reviewed scientific papers. He is a leader in VUMC’s PREDICT project (Pharmacogenomic Resource for Enhanced Decisions in Care and Treatment), which since 2010 has applied genomic testing to drug prescribing in an effort to avoid adverse drug reactions. He co-directs the Improving Prediction of Drug Action program, part of the Pharmacogenetics Research Network funded by the National Institutes of Health (NIH), is co-principal investigator for the VUMC site of the NIH Electronic Medical Records and Genomics Network and is principal investigator for the medical center’s DNA databank, BioVU.

Dr. Rodean leads the Roden Lab, whose overall research theme is mechanisms underlying variability in response to drug therapy, with a particular focus on therapies used to treat cardiac arrhythmias. The individual projects focus on emerging models in molecular medicine and genetics, and incorporate the expertise of the laboratory in electrophysiologic methods.