Division of Rheumatology and Immunology

Our overarching goal is to identify mechanisms by which autoantigen-specific B lymphocytes breach immune tolerance barriers to drive autoimmune disease.

Type 1 diabetes: Several autoantigens (self proteins) are targeted in type 1 diabetes, including insulin. Selective elimination of anti-insulin B lymphocytes prevents type 1 diabetes in a mouse model, highlighting this population of cells as an attractive therapeutic target. We are currently employing high-throughput approaches to interrogate this critical population of autoantigen-presenting cells in type 1 diabetes patients who are in the very early, pre-symptomatic stages of disease. These studies are being performed in collaboration with Daniel Moore, M.D., Ph.D. at Vanderbilt which serves as a T1D TrialNet center. Our long-term goal is to use innovative approaches to study and target this dangerous population of immune cells to hasten development of safe and effective therapies for this devastating disease. 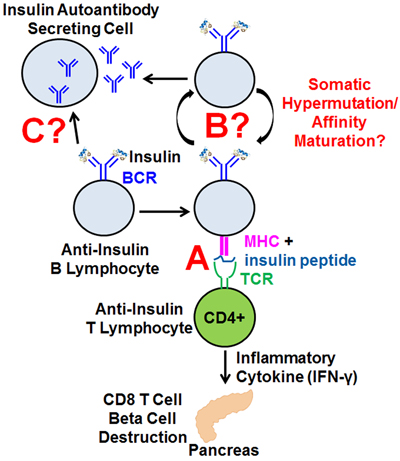 FIGURE: Phenotypic, transcriptional, and B cell receptor (BCR) repertoire profiling of autoimmune donors. The 10X Genomics platform was used to measure phenotypic (CITEseq), transcriptomic (RNAseq) and BCR repertoire (BCRseq) at the single cell level in donors at high risk for T1D and controls. Expanded BCR clones (not shown) were identified within transcriptionally and phenotypically defined B cell subsets in at-risk T1D donors.

FIGURE: Jo-1-binding B cells are identified in patients with Histidyl tRNA anti-synthetase syndrome (HARS). Peripheral blood mononuclear cells were isolated. Flow cytometry identifies B cells that bind Jo-1-GST antigen in patients with either stable or active HARS, but not healthy control donors. 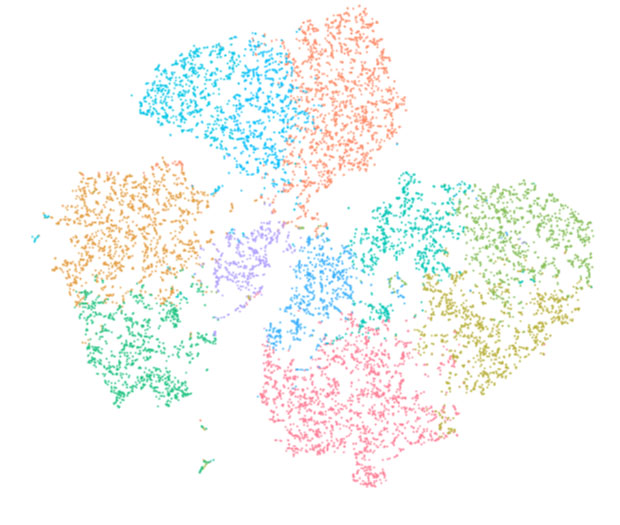